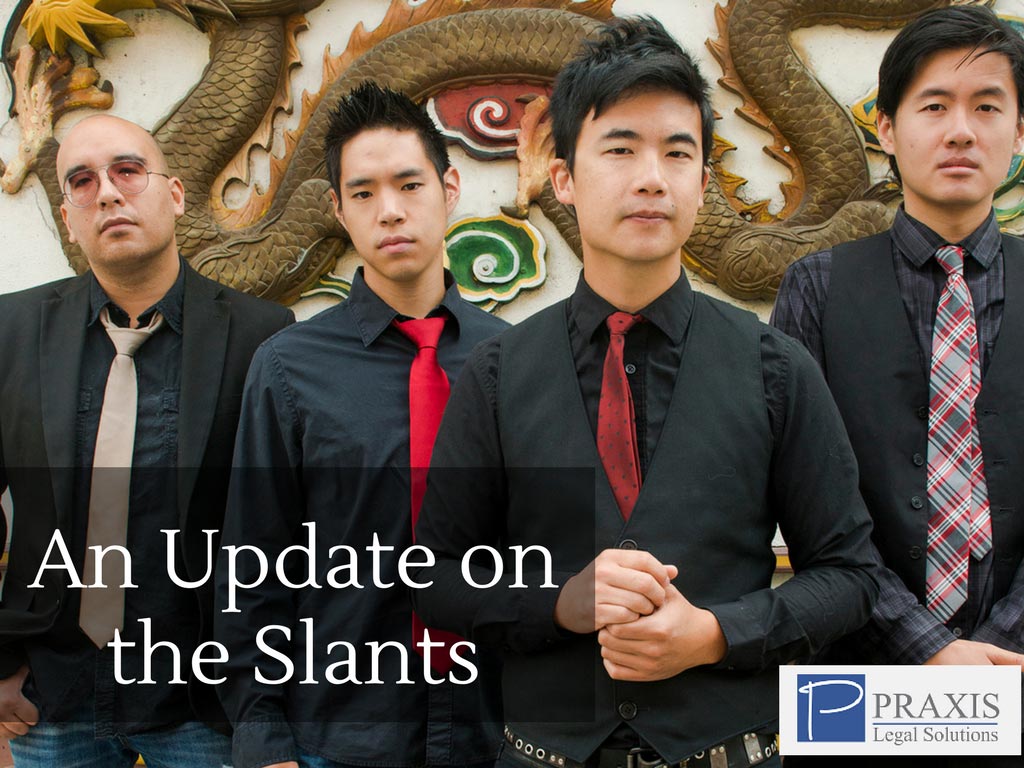 In March of this year, I wrote about a trademark case that was accepted by the US Supreme Court on an appeal filed by the United States Patent and Trademark Office. For a history of the case, see my blog post of March 1, 2017.

The court heard oral argument in the case in January 2017, and handed down its decision on June 19, 2017, affirming the decision of the US Court of Appeals for the DC Circuit that the section of the Lanham Act (15 U.S.C §1052(a)) that prohibits registration of trademarks that “may disparage…persons living or dead” is unconstitutional.

The purpose of a trademark is to enable individuals or a company to distinguish its goods or services from those of its competitors. However, trademarks often contain an expressive component that goes beyond mere identification; consider the Nike trademark Just Do It, or the Ford Motor Company trademark Built Ford Tough. It is this aspect of Tam’s trademark that drove the USPTO’s denial of registration.

“Slant” is widely understood as derogatory when applied to a person of Asian origin or descent. It was for that very reason that Tam sought to reclaim “slant” and strip it of its derogatory meaning. You can’t get more “expressive” than that.

As an expression of Tam’s belief and intent, “The Slants” was speech entitled to the full protection of the Free Speech Clause of the First Amendment that prohibits any government from banning speech because it expresses ideas that are offensive. Put another way, a government may not engage in “viewpoint discrimination“.

The Slants case is important for two reasons;