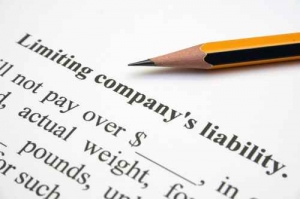 The New Jersey Revised Uniform Limited Liability Company Act (“NJRULLCA”), which went into effect on March 18, 2013, made several significant changes to its predecessor, the New Jersey Limited Liability Company Act (the “1993 Act”). One thing, however, has not changed. The NJRULLCA is a “default” statute; unless there is an agreement to the contrary between or among the members of an LLC, the provisions of the statute govern the operation of an LLC.

More than One? Get it Done.

Does an Operating Agreement Need to be in Writing?

Consider as well that the NJRULLCA does not require that an operating agreement be in writing. An agreement may be oral, or it may be implied from a course of conduct of the members over time. With regard to distributions of profits and losses, the default under the NJRULLCA is per capita distributions. In a three-member LLC, each member would be allocated one-third of any profits and losses. But suppose that, over a period of time, there were only losses, and those were allocated to the members in proportion to their membership interests. As in the prior example, the proportional interests of Members A, B and C are 55%, 25% and 20%, respectively. Now, suppose further, that the LLC has a breakthrough year; losses turn to profits; B and C expect, and demand, that, as provided in the NJRULLCA, profits be allocated per capita. “Just a minute”, says A, “over the past three years, 55% of the losses have been allocated to me; 55% of the profit should be allocated to me as well”. In the absence of a written operating agreement to the contrary, the course of dealing over the past three years could very well be sufficient to overcome the presumption that the default provision of the NJRULLCA will prevail.

These are but two examples where a clear and carefully drafted operating agreement can serve to forestall a protracted and expensive dispute.