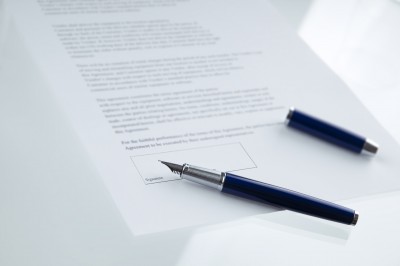 An LLC will have perpetual existence unless its members elect otherwise.

Operating agreements will no longer required to be in writing.  The intention of the members with respect to the governance of an LLC can therefore be inferred from past practice and course of dealing, as well as oral representations.  The process of establishing a definitive agreement from multiple sources can, however, be the source of any number of disputes.  It is therefore advisable to have a written agreement, and to make sure that the agreement incorporates prior agreements, whether written or oral.

Allocation of Profits, Losses and Distributions

The New Act provides for allocations on a per capita basis.  Where the members of an LLC do not make equal contributions to capital, the members will want to include an alternative method of allocation in the operating agreement.

Under the New Act, members have equal voting rights, and a majority vote will decide ordinary matters.  Where members have unequal ownership interests, the operating agreement should include an alternative voting provision to avoid application of the default provision.

The New Act imposes fiduciary duties of good faith and fair dealing, loyalty and duty of care on members and managers.  The New Act also allows for the alteration or minimization of those duties so long as the alteration is not “manifestly unreasonable”.

The New Act mandates indemnification of members, managers and others who act as “company agents”.  Indemnification provisions of operating agreements should be carefully drafted to define the extent to which an LLC will be obligated to indemnify a company agent.

The New Act provides for a streamlined process to convert and LLC into a corporation, and vice versa, and to allow foreign LLCs to become New Jersey LLCs.

Under the New Act, a minority member may apply to a court for the appointment of a custodian, or for an order of dissolution, on the grounds that the controlling majority is acting or will act in a way that is directly harmful to the minority member.

The New Act will align New Jersey law governing LLCs with the laws of other states that have already enacted provisions similar to those of the New Act, and will provide New Jersey LLCs greater flexibility of operation and management.  To take advantage of all that the new law provides, and to avoid unintended consequences of the new default provisions, the members of existing and proposed limited liability companies should carefully review their operating agreements.

For a review of an existing operating agreement; preparation of a new agreement; or, if you have questions, or would like additional information about the New Jersey Revised Uniform Limited Liability Company Act, you can reach me at (732) 988-5362 or  by e-mail.