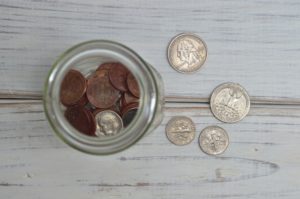 On December 5, 2017, the US Department of Labor issued a Notice of Proposed Rule Making in which it sought comments from interested parties on a proposal to eliminate a 2011 regulation dealing with tip pooling.

Current regulations promulgated under the federal Fair Labor Standards Act, treat tips as the property of tipped employees, and permit employers to require pooling of tips only among those employees who “customarily and regularly” receive tip income, provided that (1) employees retain 100% of their share of pooled tips; (2) employers pay tipped employees the federal minimum wage, currently $7.25 per hour; and (3) employers do not claim a “tip credit” of up to 50% of an employee’s tip income. The tip credit is applied to reduce the cash wage paid to an employee.

The proposed regulation would allow employers who pay the minimum wage and do not take a tip credit to pool and distribute tips among any employees, including those who do not customarily receive tips, such as kitchen workers, salaried employees, and even owners. This aspect of the proposed rule change prompted an avalanche of negative comments pointing to the potential adverse impact on wages if employers were allowed essentially unfettered discretion in the disposition of tips.

The initial comment period of 30 days, which would have ended on January 5, 2018, was extended to February 5, 2018, after which time the Department could review comments, hold hearings and make a decision on whether to implement the proposed rule based on all of the information it gathered.

As part of its justification for the rule change, the Wage and Hour Division asserted that the change would increase the compensation of traditionally lower-paid employees by allowing them to share in pooled tips. The audit of the rule-making process was triggered by news reports that senior staff at the Wage and Hour Division failed to disclose an analysis of the impact of the rule change showing a significant negative effect on the income of tipped employees.

Tipped employees include wait staff in all kinds of restaurants, as well as employees in service businesses, such as barbershops, hair and nail salons, valet parking services, taxi and limousine drivers and hotel and casino employees. To the extent that tips are allocated away from customer-facing employees, who are often at the low end of the wage scale, to salaried employees, the negative effect on those at the low end could be devastating.

At present, the current rule remains in effect, and, provided that they are in compliance with the current rule, employers should not change their policy on pooled tips.

Do you have employees that could be affected by this?